Best Characters in Books EVER!

10.) Tibby from The Sisterhood of the Traveling Pants series by Ann Brashares

All of the characters in this series go through a hardship of some sort at some point. It would be unrealistic if they didn’t. I think Tibby is one of the first characters to endure this, and even though she’s not the best with communication, I love how she ultimately deals with her pain. I think it’s both healthy and inspirational.

9.) Astrid Llewelyn from Rampant by Diana Peterfreund
If I needed to kick unicorn butt, I’d call Astrid, if she was real. This girl is awesome on the battlefield. However, she’s also really realistic because she’s human. She thinks carefully about what she wants before flinging herself too passionately into one activity.

8.) Alanna from the Song of the Lioness Quartet by Tamora Pierce

Another totally kick butt character. I don’t think I could ever be as brave as Alanna is, but then again, last time I checked, it’s not possible to get a master’s degree in knighthood.

7.) Katniss from The Hunger Games trilogy by Suzanne Collins
If I were thrown into the arena, I would probably run slowly, then cry, then get killed by another tribute, or die a slow and painful death by dehydration. Thank goodness we don’t live in Panem. I love Katniss because she stays strong even in the face of adversity, but I also love that she periodically admits to having a more emotional side.
6.) Mia Thermopolis from The Princess Diaries by Meg Cabot 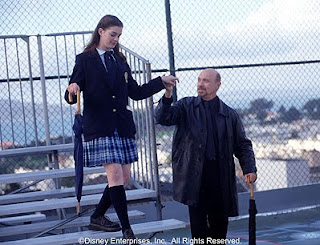 Mia will have most teenage girls laughing out loud and those of us who are supposedly grown-up laughing and reminiscent of the awkwardness of high school and puberty. However, this certainly isn’t her only endearing quality. Mia’s a vegetarian, along with supporting many other causes. I love a character who’s passionate and will fight for what she believes in.

4.) Mattie Gokey from A Northern Light by Jennifer Donnelly
Yet another bookish character. I think some authors tend to make such characters rather oblivious to their surroundings, and I think Mattie is the total opposite. She’s actually aware of the world around her, considering her circumstance.

3.) Matilda from Matilda by Roald Dahl
Matilda may also be bookish, but she manages to channel other powers. I don’t want to ruin the story, but for those of you who’ve read the story, I will simply say that I attempted to channel such powers. 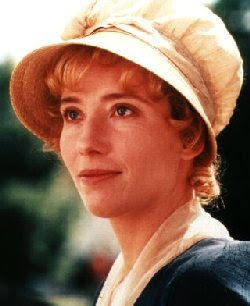 2.) Elinor Dashwood from Sense and Sensibility by Jane Austen
Elinor is an easy character to feel sympathetic towards. If I had a sister like Marianne, I would be quick to go crazy, yet she often remains composed. I think she handles it all wonderfully.

1.) Elizabeth Bennet from Pride and Prejudice by Jane Austen
I can definitely see why some people might not be so fond of Elizabeth Bennet, or rule my choice out as cliched. Or predictable, if you’ve read my blog. Elizabeth is opinionated, which is wonderful. What I love most about her is the fact that even though she has her opinion, she’s willing to question them.

1. Jace Wayland from the Mortal Instruments:
Jace is so full of himself that you really can’t help but love him. He’s beautiful, he’s deadly, and he lives for the girl he loves. He’s so in love with his girl that he was willing to hurt everyone around him to be with her. Talk about crazy. How can you not love him? Oh, and he rides a motorcycle. That’s just hot!

2. Pierce from The Hollows series:
Rachel’s character tends to go for bad boys in this series. Kirsten, Nick, and so on. Then there is Pierce. Yes, he’s a bad boy who uses way too much dark magic, but it’s always for good. He has a funny accent, uses dark magic, and came back from the dead to be with Rachel. He takes a lot of crap from her and never gives up. Love it. I think I will cry if Kim kills him off or gets rid of him.

3. Peeta from the Hunger Games:
This one might be a little confusing cause I have a little button thingy saying I’m team Gale. It’s true, I’m team Gale when it comes to people for Katniss. For me, I’d pick Peeta. He’s a painter like I am, and I also love to bake. This makes him the perfect boy for me. haha.

4. Graves from the Strange Angels series:
This is a guy who’s not embarrassed to walk around in whitey tighties in front of a girl he’s just met. Granted, he didn’t have much of a choice but for some reason it made me love his character. Plus everyone knows you don’t mess with his girl. Awww

5. Ash from the Iron Fey series:
You may notice there is a similar trend to the boys I like. Tall, skinny, mysterious, dark-haired boys. Yup, I have a thing for that and Ash fits all of those. The main reason I love him is something that happens in Iron Daughter so I won’t post it so I won’t be the ass hat who gives it away.

6. Jay from Body Finder:
He’s the best friend a girl could ask for. He’s always there, knows you inside and out, and probably better than you know yourself. He’s the perfect boy next door as well.

7. Shane from Morganville Vampires:
Shane cracks me up. He’s always so quick to want to fight, can only cook a few things (and cooks them all the time), he brings in all the comedy to the books, and that kiss the hand thing he does in book 8? That about made me melt.

8. Quince from Forgive My Fins:
This guy is willing to go live underwater, sit in a bathroom stall with you and let you cry all over him, and then go through stupid tests just to prove he loves you. Oh plus once again he rides a motorcycle and has the bad boy look but has the boy next door attitude. Apparently, I also have a thing for motorcycles.

9.Alexander from The Bronze Horseman series:
This guy constantly risks his life to save Tatianna. He survives German POW camps, being in the front line of many wars, walks all the way across Russia, and all of it just to see his girl one last time. Whoa. He puts up with a lot of crap cause he’s not willing to give up.

10. Percy Jackson from the PJ series:
I had to think about this one. I had so many boys left to pick but Percy won. He’s powerful, hot, sweet, caring, and yeah. Just plain awesome. His whole “kiss before going to battle” comment in The Last Olympian cracks me up. He can make giant air bubbles underwater so you can make-out and not get wet all while underwater. That just sounds like fun. haha.

Runner-ups:
Jacob from Twilight
Dimitri from Vampire Academy
Harry Potter
Will from Ghost and the Goth
Malcolm from Coffeehouse Angel
Cabel from Wake/Fade/Gone
Sam from Shiver